Interview with
Carlo Janka
Switzerland Alpine National Team
Carlo Janka grew up in Obersaxen, in the canton of Graubunden, and skied from a very young age. He began competing internationally in 2001. Success came slowly at first, but with experience on the Europa Cup circuit in 2004 and his first World Cup races in 2005, his real talent began to emerge. His first World Cup points came in 2006, and by 2008, he was a surprising second place finisher in a downhill event at Lake Louise, following up soon after with his first World Cup victory in a giant slalom at Val d’Isère.
At Beaver Creek, Colorado, in December 2009, he became the first skier since the great Frenchman, Jean-Claude Killy (in 1967), to win three World Cup races in a single weekend, and established himself firmly in the top ranks of world skiers.
Now, at the age of 24, Carlo is one of the brightest stars in the Swiss Ski Team. In the past two years, he has won gold medals at both Winter Olympics (Vancouver, Canada 2010) and World Championships (Val d’Isère, France 2009), and in March 2010, he became only the fourth Swiss skier to win the World Cup overall title.
As his successes continue, it seems clear that Carlo has a long and and illustrious career still ahead of him.
Interview in June, 2010 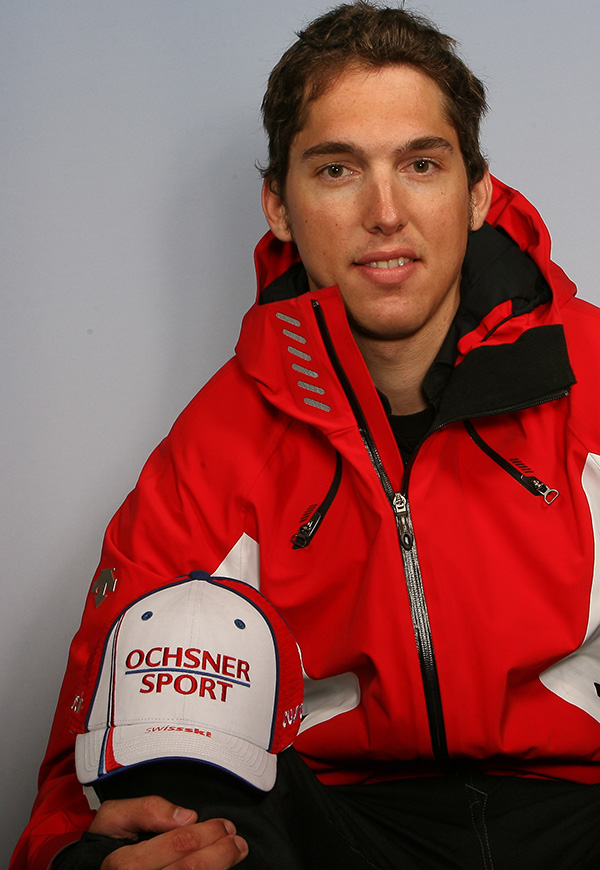 QUESTION
Your build-up to the Vancouver Olympics was spectacular, with successes at Beaver Creek and Wengen, and the sports media was speculating that you would win Olympic gold. You fulfilled that promise and must be very happy. Can you tell us about that race, and what made it special compared with the other events you competed in at Whistler.
Yes it was a brilliant victory for me. I knew after the super combination that the giant slalom would be my last chance to win a gold medal at the Olympic games in Vancouver. It is every athlete’s goal to participate at the Olympic games. It is great for me that I already had the chance to do so and to win.
QUESTION
Your nickname is "The Iceman". It suggests a very calm, cool and calculating approach to your sport. Do you think the name is right for you, and is this the way you really feel when you are approaching a big event?
Yes those attributes are correct. My character and the fact that I’m down to earth are important to remain cool and calculating. I try to stay focused on the event and on the races. My temperament and the fact that I am down to earth have a positive effect on keeping calm. I don’t allow myself to be easily distracted.
QUESTION
Every ski racing course is different is some way - from the layout, to the snow quality, to the temperature at the time, and so on. How do you plan beforehand for a race to take account of all of those factors?
I rely on my experience and concentrate on the race. I also speak to my service-man who prepares and adjusts my skis. 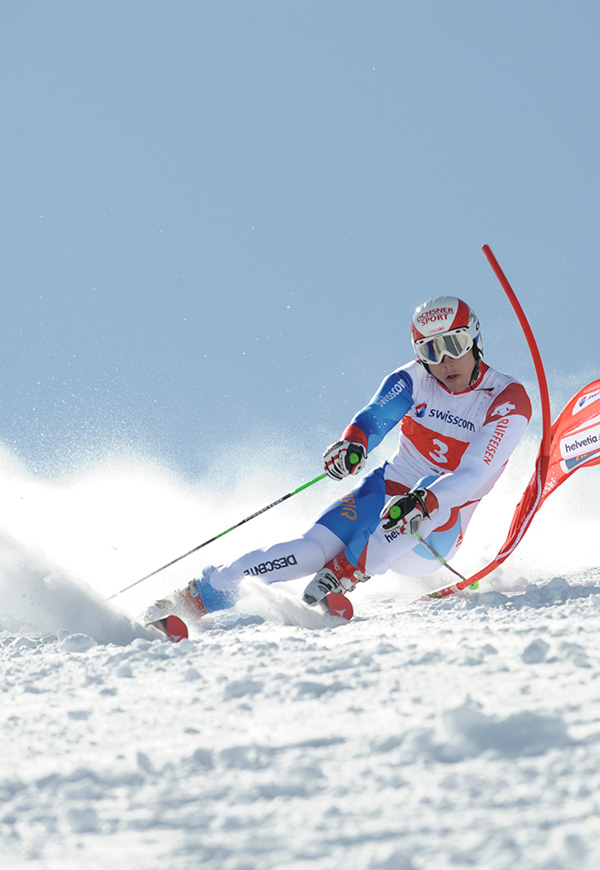 QUESTION
And how do you spend the final minutes before a race? What do you do at that time, and what is uppermost in your mind before you launch down the hill?
Some athletes for example listen to music. I prepare myself for the race by picturing the run in my head.
QUESTION
Many Olympic medal winning athletes have dreamed of being champions from the time they were children. Is this the case with you, and when did you first realise you had the potential to reach these heights and make the decision to pursue skiing as a career?
It has always been one of my biggest dreams since I was a child. After school and my apprenticeship I had to decide between a skiing career and a job. I first realised my potential when I achieved my first podium place in Lake Louise during the season 08/09.
QUESTION
You are a champion in a team of champions. The interaction and cameraderie among all members of the team must be a very important element in being successful. Can you tell us something about this aspect of your sport, and any particular personal incidents that have inspired you to pursue success.
It’s very important to have a good team and to support each other. Competition within our team pushes us and is also an advantage when you have a lot of good athletes such as Didier Cuche and Didier Défago.
QUESTION
You are still only 24 years old, so potentially you still have a long time to stay at the top of your sport . With one Olympic gold medal already, what are your goals in skiing from here, and have you thought anything about life after skiing when your racing career is finally over?
My goal is to stay on my current level and to defend the title of the World Champion next year in Garmisch-Partenkirchen. I don’t know yet what my plans will be after my skiing career.

Interview with
Carlo Janka
3
3
QUESTION
Training must take an enormous amount of your time. But everyone has a life outside of their "day job". What do you do when you are not skiing. Do you play any other sports or have any hobbies?
I like biking, playing tennis, squash and beach volleyball. I also enjoy being in front of my computer.
QUESTION
We hear that you are a passionate Manchester United fan. When and why did you become a fan? What is it about the team that you like so much? Who is your favorite player on the team now?
12 years ago when I was a child I watched the match when Manchester United won against Bayern Munich. That match impressed me and I became a fan. My favourite player is Wayne Rooney who I met in April this year.
QUESTION
You have a legion of adoring fans in Switzerland and now around the world. Does this create a feeling of responsibility? Do you have a message for your fans?
I enjoy being an example for young athletes and kids. I’m happy to have many fans that support me in good and also bad times.
QUESTION
Descente is very proud of its association with the Swiss ski team, and the development of your racing suits. Everybody in the company is now a dedicated fan of Carlo Janka. Everybody has different ideas about the importance of what a racer wears, so what are your views about this?
Descente’s racing suits are first-class. Both the design and the tests are excellent. It is most important that skiwear/racing suits are of a high quality as they can be a decisive factor in victory.
BACK TO INDEX
PAGE 01
PAGE 02
PAGE 03