Triathlon is a relatively new sport, having originated in the United States in 1974. The governing body, the World Triathlon Union, was established only in 1989. Its inclusion in the Olympic Games was confirmed in 1994 and it made its debut as an Olympic sport at the Sydney Olympics in 2000. Often referred to as the ultimate in cross training, with its high aerobic benefit and relatively small incidence of serious injury, it is attracting a growing legion of fans who see it as a lifetime sport. The Swiss National team is one of the world’ s leading top level teams, spearheaded by Nicola Spirig, the women’ s triathlon gold medallist at the London Olympics in 2012. Since 2013, Descente has had a supplier contract with the team to develop their racing suits and much of their training wear. The challenges involved in designing and making the racing suits are enormous – sometimes said to be akin to the technicalities of an F1 racing car– with one suit having to provide the ideal support necessary for the three disciplines of swimming, cycling and running, all in one event and all in often extremely varying outdoor conditions. Descente has been on a fast learning curve, utilising all of the experience gained in developing suits for other sports over many years. It undertook detailed analyses of the three disciplines involved in this unique endurance event and worked closely with the top athletes to incorporate their ideas, requests and suggestions into the development process. 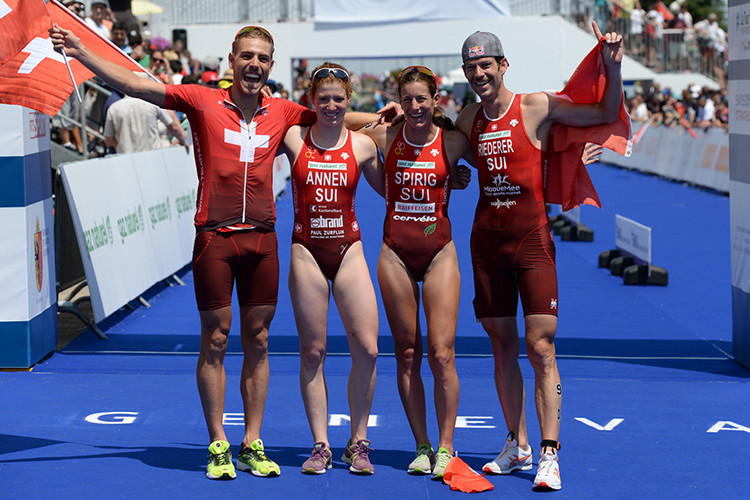